The Association is now accepting nominations for the 2017 Van Miller Homecare Champion. Nominate an AAHomecare member who has made an exceptional contribution to the homecare sector throughout their career in one of the following ways:

The goal of the Homecare Champion Award is to honor people who have been involved in various aspects of the business of HME and the care that is an essential component of it. Therefore, this award is not focused on federal or state government advocacy, but all aspects of the HME business and furthering of the industry. Nominations can be submitted to Sue Mairena, suem@aahomecare.org through Sept. 8.  Find the nomination form and see past honorees here.

This award will be presented during the Stand Up for Homecare reception during Medtrade on Tuesday, October 24, 2017 and recognized in a special notice in the trade press and local media.  Picture includes Tom Ryan, President of AAHomecare with the 2016 recipient Missy Cross, O.E. Meyer, OAMES former president. 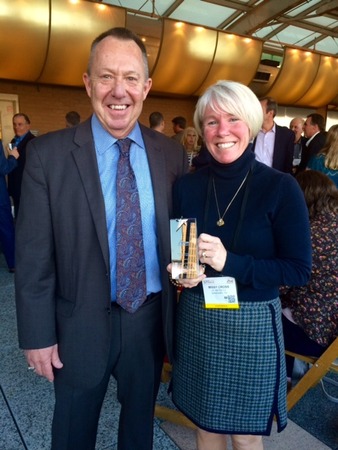